Linux has an abundance of excellent terminal applications. Interestingly, I could not find any decent comparison of their text display performance. Since I use the command line a lot, I want text output that is as fast as possible. When you compile a large project, you don’t want the console output to be the limiting factor.

Due to popular demand, here is what my test system looks like: Ubuntu 7.04, Gnome, ATI Radion Mobile 9600 with fglrx driver, and a Pentium M with 1.5 GHz.

I took the burden on me to do a comprehensive comparison of the text through of all possible terminals. The benchmark is very simple, I timed displaying the whole content of RFC3261. Download the file if you want to make your own benchmarks. The benchmark is executed like this:

I have measured the time in seconds. Without further ado, I give you the results (click here for a better readable PDF version): 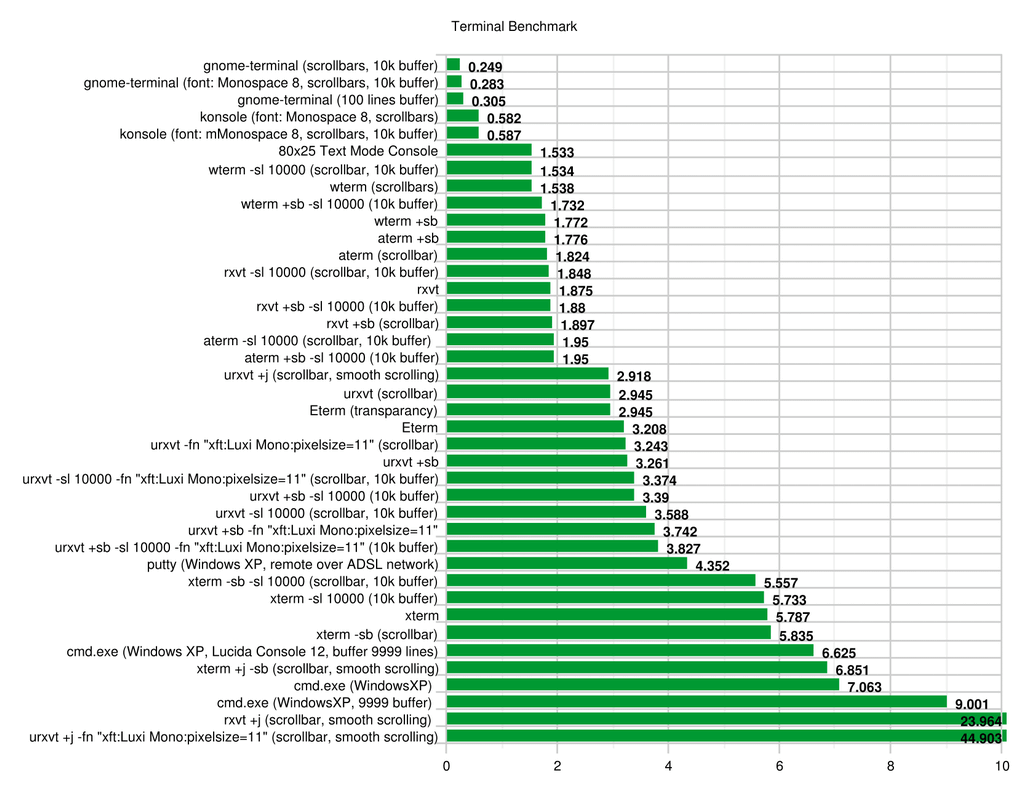 These are some very interesting results:

So, what is the best terminal? The answer is actually quite simple:

UPDATE: Of course, the answer is actually not so simple. As some have told me, they get a quite different performance behavior on their system. I suspect that both the linux scheduler and the X scheduler has a lot to say in this issue too. So if you want to have results you can trust, you have to redo the benchmark on your machine. Fortunately, that’s simple: just cat a large file and measure the time it takes. Be sure to run it multiple times to get more accurate average numbers.

I hope this is helpful in your choice of the best console.