Everybody loves top 10 lists. It is amazing how much traffic they can generate with the least bit of effort. So, without further ado, here is the list of the top 10 articles on this blog for 2008.

Ironically, this list starts with another top 10 list, namely Top 10 Eclipse Hotkeys. This article from 2006 has just made it onto this top list. With 3,302 pageviews it seems that these keys are still relevant.

Number 9 on that list is a modification of the Ubuntu’s default theme that is optimized for small screens. With the recent rise of netbooks this becomes more and more wanted.

In this highly controversial article I have compared how long several different terminals (xterm, gnome-terminal, etc.) take when displaying one large textfile. I still believe this is relevant, especially when compiling stuff and text flies by. You don’t want your terminal be the limiting factor for your compile speed! I would perform the test yourself, as this seems to be highly dependent on the graphics card driver.

This HOWTO describes a simple way to create the classpath in a MANIFEST.MF file automatically from the libraries available on the harddisk. I have been using this since 2005, and it has never failed me.

Another Compact theme has made it on the list, this time for 8.04. I have used this theme for quite a while, even on a large 1680x1050 monitor because it really saves a lot of screen space. For everybody still using Ubuntu 8.04, this is the best choice to use a compact layout while still having the default Human look.

Through some funny floating point representation tricks it is possible to create an approximative calculation of the pow() operator, that is a hell of a lot faster than the standard calculation which has to be extremely precise. This might be useful for games, Artificial Intelligence applications, and everywhere else where performance is an issue and not precision.

One of the most often seen article contains 3 buzzwords at once: Ajax, Dojo, Comet. This page was linked several times, and it is getting quite a bit of attention. The article was written by an intern at my workplace and he allowed me to put it up here.

Yet another theme! This startet it all. The Clearlooks Compact Theme was the first compact theme I have created. It is just a modification of the original Clearlooks theme, with tighter spacing. This has been linked quite a lot of time and I get a continuous stream of visitors who are in the need for a compact theme.

1. How to get Enough Sleep Despite StumbleUpon With Ubuntu 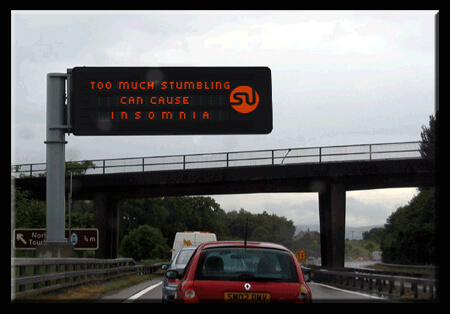 This post about me struggling with getting enough sleep despite StumbleUpon was by far the most viewed article on the blog, it has received more than 4 times as much visits as the second best. I guess I hit some nerve with it in the large Linux using StumbleUpon crowd. The article is almost a year old, and I still get lots of visitors each and every day. Happy stumbling!

Thank you everybody for coming to this site and posting your thoughts. I appreciate each and every feedback. Happy christmas and happy new year!